The other week, I saw a sponsored Facebook post advertising “tasty ribs and juicy citizens”. “Burgers” in Dutch can of course mean the meaty patties we will like to grill and serve in a bun; but it can also mean people – I’m listed as a “Britsburger” (British citizen) on my residency card. I decided to see this as a compliment to my own profession: while automated text still produces mistakes like these, I still have a job. Sweet.

Translation issues aside, burger season is most definitely upon us. We have a slew of national holidays coming up, and if the weather would damn well warm up then we might be tempted to break out the BBQ as well. But in lieu of al fresco burgers – homemade and grilled on your very own Weber – here are some of the best restaurants in Amsterdam to pick up a juicy citizen. From the sublime (foie gras) to the ridiculous (ramen buns) and everything in between.

Located in the venue formerly occupied by Gespot, Repéré and Henk (ill-fated?), I’m hoping that Ellis is here to stay. Theirs was one of the better burgers I’ve had in a while, with a good burger-to-bun ratio (despite the ridiculous amount of lettuce you can see in the pic!) and decently cooked meat. I’m a little mystified by the recent trend of not seasoning burger meat before cooking it (a movement that is afflicting steaks at the moment too – I don’t get it), but the cheese added some needed saltiness. The chips and mayo were also excellent. My one serious gripe was that they wouldn’t bring us tap water, despite the fact that we were ordering “real” drinks as well. When we asked for tap water instead of bottled, we were told they didn’t have any – it’s amazing how they manage to do the washing up, when you think about it…

The luxury burger: The Duchess

I was invited to The Duchess – a grand, first-floor dining room halfway down the Spuistraat – with a bunch of bloggers, so we were lucky enough to try a few different dishes. One of them was the ludicrously decadent burger with barely seared fresh foie gras and sinfully buttery mashed potatoes. Again, the burger hadn’t been seasoned much (and the outside was a little over-charred) but the umami of the jus and the liver more than made up for it. It’s not cheap at €23 a pop, but the venue makes up for the price tag.

Also worth trying are their green risotto and their oxtail tortellini – both scrumptious, if high priced.

I popped by Walter’s with some friends on Koningsnacht (King’s Night) for warm-up G&Ts and burgers. It was the right choice: their burgers were so huge, there was no way we were going to end up hungover on the big day. Initially sceptical of the bun’s giant proportions, it actually squished down nicely, and the burger meat sort of filled out horizontally so the ratio of bread to meat was perfect. The chefs at Walter Woodbury had also seasoned the meat (hurrah!) and given it a nice little pop with some jalapenos. I ate mine just with cheese, but the others got bacon as well, which everyone seemed to approve of. All in all, an excellent burger. My only complaint was the fries, which were the skinny type that get cold quickly (aka McDonald’s fries). The sauce they came with was heavy on dill, and also strangely reminiscent of Maccy D’s sauce. Not that I’m accusing Walter’s of serving McDonald’s fries and sauce – the quality was clearly a lot better than that; it was just that the resemblance was too close for my comfort.

Adding truffle mayo to anything is generally a good idea – right? Right. The burger at Bar Lempicka by the Amstel is big, meaty and full of the kind of juiciness that runs down your fingers. It’s also slathered in truffle mayo, which can never be a bad thing. It comes served with a little metal bucket of chips (well cut and cooked) plus more mayo – sadly not of the truffle variety. The burger to bun ratio is pretty good – perhaps a little heavy on the bread, but it squashes down nicely and soaks up all those beef juices – at least, the ones that you don’t end up bathing your face in. Burgers cost €16.50 (including the fries), which isn’t cheap but the atmosphere is good and they serve decent wines by the glass and beers on draft. Lempicka is a handy spot if you’re catching a show at the Carré or Crea theatres nearby and are looking for a pre-program dinner.

*I actually added this burger in November 2017 as it seemed worthy of this list!

I can only assume that every business located in or around de Hallen is booming. Spend any Friday night at the Foodhallen, and you’ll struggle to find a seat even in amongst the food stands let alone at one of the restaurants themselves. I’d eaten at Meat West before (reservation definitely needed) so was keen to try one of the others; by sheer good fortune, Halte had a small table going spare so we sat down for some Friday-night drinking food. The burgers come in wholegrain buns (so feel just a tad healthier) and are served with a couple of different sauces – namely a smoky tomato salsa and a mayo-based dip for your chips. My general impression was that the meat itself was tasty enough (as were the sauces) but that there was too much bread, not enough burger.

Ramen burgers seem to be a “thing” these days. You get a bunch of (cooked) noodles, let them dry out a bit so the starch sticks them all together, form them into a bun-shaped patty, and fry them on either side. Mine was filled with chicken katsu (good, but not as good as the version I remembered from London years ago) and mayo. Ok, it’s not a “burger” in the classic sense of the word – involving neither ground beef nor a bread vessel in which to hold it – but it’s certainly a modern, tasty take on an old favourite. The chips and corn it came with were also good.

Side-tracking from burgers for a moment, I think I actually preferred the salmon dish I tried – it had been coated in panko breadcrumbs and baked until rare in the middle. It was served with a delicious Asian-fusion salad involving edamame/soy beans, cabbage, basil and a yuzu dressing. The service at the TonTon Club is pretty good too, and it’s a great option for whiling away a rainy afternoon playing Pac-Man, Dance Dance Revolution and Street Fighter on their vintage arcade games.

It was a hungover Monday, the morning after Easter, and we were on our way to Ikea – of all the hideous things to inflict on yourself on a national holiday. We were in need of some on-the-go sustenance, so we stopped at Burgerij in Centraal Station – one of the plethora of eateries that have recently popped up in our new and improved railway station. The place was practically deserted, but that may just be because it’s still relatively undiscovered. The meat was decently flavoured, if a little over-cooked, and the sesame bun was neither too big nor too small to contain the filling. My burger was the “Dolce Vita”, which came with roasted vegetables, pancetta, provolone cheese, and a few too many rocket leaves (think: green bits sticking out all round my mouth). Overall conclusion: pretty good for a train station.

And what’s more, their tagline is “burgers voor burgers” – which only goes to prove my original point. 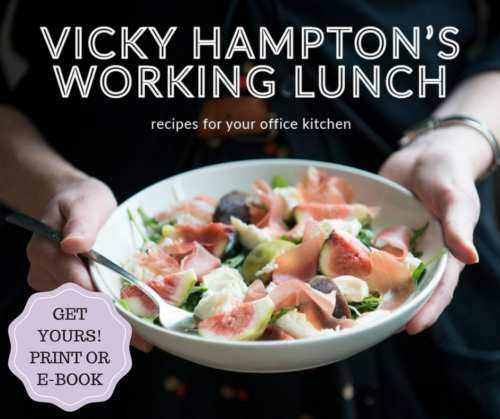 10 of the Best Fine Dining Restaurants in Amsterdam

10 of the Best Italian Restaurants in Amsterdam for Every Occasion