A really versatile curry dish – you can add chicken or paneer, or keep it to just veggies. Serves 3 people.

For the curry paste:
To prep the vegetables:
To combine the curry:
Don’t forget to cook some rice while you’re doing the last part of the curry! 😉 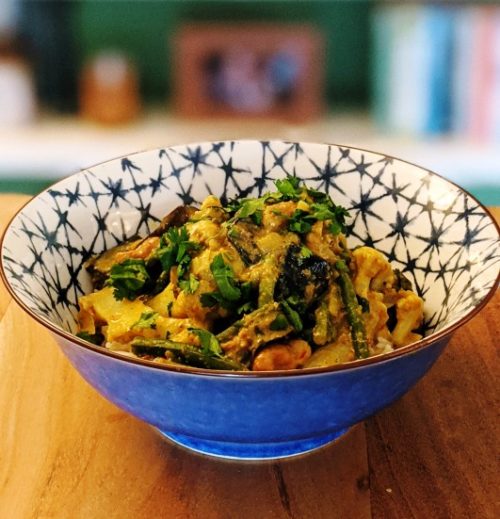