Unless you’ve been living under a rock for the past week, it won’t have escaped your notice that possibly the biggest maritime event of all time is currently taking place on our very doorstep. SAIL Amsterdam’s 2015 edition started yesterday and runs through till Sunday, with free entry to lots of the tall ships, fireworks every night, and all kinds of parties in between. Enough guides to SAIL have been written on Amsterdam blogs already (and in any case, this is a restaurant review site, not a things-to-do blog) so I won’t go into the details of what’s on. Suffice to say, I’m going to be hanging out at restaurants that just happen to be close to the IJ river for the next few days… 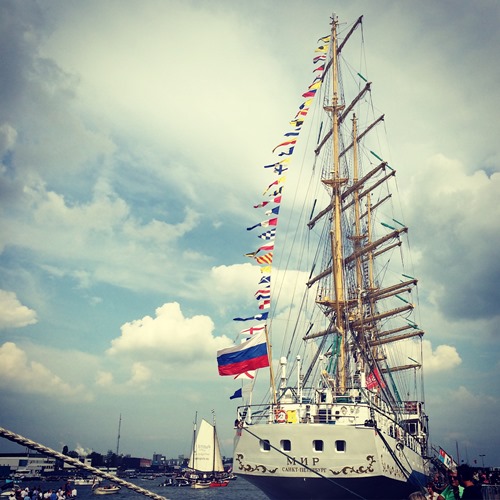 The first of which was Choux. I’d not been before last night, but I had high hopes given that it’s run by the same people who brought us pop-ups extraordinaire Repéré and Foyer previously. Now, they’re back – this time at a permanent location on de Ruyterkade behind central station. The three-course menu is only €31, and you get to choose between three starters, three mains and three desserts. If you take the four- or seven-course menu, you get even less choice – but who needs it when the food is this good? 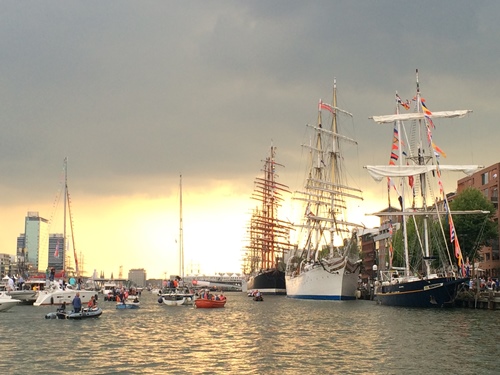 The meal kicked off with a little amuse that involved horseradish and pea shoots (among other things) alongside our aperitif. My starter comprised black rice, tiny pieces of pork, and squid that had been sliced very thinly so that it resembled tagliatelle or flat rice noodles. It was delicate and delicious and topped with a few salty-sweet clams for good measure.

My main continued the fishy theme with poached cod, beetroot and summer kale, accented with small, salty, dried shrimp. I wasn’t so keen on the latter (it was a bit like eating a crunchy jar of shrimp paste) but the cod itself was cooked to silky perfection, the Chioggia beet and kale providing a firm-textured contrast.

I skipped dessert (I’d had the cheesecake before at Foyer) in favour of the cheese plate: an aged Gouda, a super-runny brie and a creamy blue cheese. I wasn’t bowled over by it, and neither was my chocoholic friend by her chocolate dessert (she said it seemed more cakey than mousse-like), but the cheesecake lived up to its reputation. 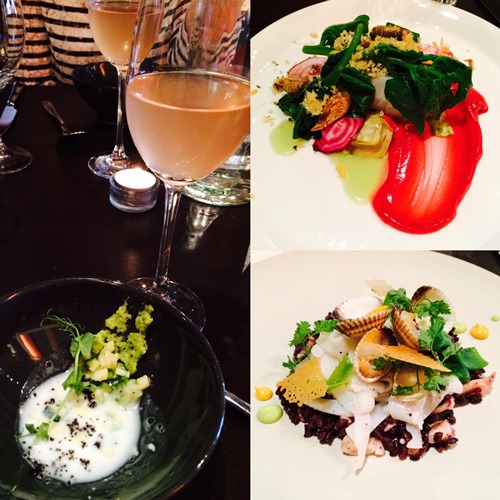 We took the wine arrangement too (because why not when you’re already several drinks deep from your SAIL revelry?) and I continued to appreciate the fact that Choux’s wines (just like Foyer’s) are a challenge to my preconceptions. They serve not just organic wines, but wines I can only describe as “raw”: they’re cloudier and fruitier than their conventional wine cousins, but also more interesting on the palate. I particularly liked the young red I had with my cheese – just don’t ask me what it was. Like I said, SAIL revelry had been in full force for several hours by this point…

Dinner came to around €60 each, and we could undoubtedly have spent a lot less if we’d not gone quite so crazy on the wine. The food itself is only €31 for three courses or €38 for four, which I consider to be a bargain in Amsterdam terms, especially given the level of quality.

Of course, we completely missed the evening’s fireworks in our post-prandial haze. But still, there’s always tonight. I’m off to REM Eiland to check out the views of the boats from up there – and maybe even catch the fireworks this time. You?