Please note that since writing this blog post, Pho & Yummie has closed down

It was early 2007, and I’d just hired a makelaar to help me buy my first apartment in Amsterdam. I was considering Oud-West (I’d been living near the Overtoom for the past nine months or so), de Baarsjes perhaps, or maybe the Plantagebuurt. I mean, it looked kind of central – so close to Amsterdam Centraal Station and the Jordaan – but who ever went north of the tracks? And then one crisp, bright February morning, I ventured up to the unheard-of Spaarndammerbuurt and stood in the middle of a still-being-renovated apartment with an open-plan kitchen (and this back in the day when every old building in Amsterdam featured a narrow galley kitchen off a chilly hallway)… I fell in love.

Five months later, I moved in and started exploring my new local neighbourhood. There were a couple of dodgy old-man bars, a post office and (thank god!) an Albert Heijn had just opened at the top of the street. But that was about it. When I wanted to go out in the evening, I biked to the Noordermarkt – it was the closest area with any kind of restaurants or bars. Even the Westergasfabriek was at that time home to Pacific Parc and not a lot else.

Ten years later, times have changed. A lot. People who don’t live in the Spaarndammerbuurt have actually heard of it. And that’s not all – they come here to go out in the evening but get away from the tourists at the same time. For now at least, we have the best of both worlds: a truly local neighbourhood vibe but with restaurants and bars worth getting on your bike for.

So, at the risk of ruining the very qualities I prize so much in my little slice of Amsterdam, I bring you…

The 10 Best Restaurants and Bars in Amsterdam’s Spaarndammerbuurt As much social project as it is restaurant, Freud offers psychiatric patients the opportunity to work in its kitchen or front of house. The result? The service may be a little more eccentric than elsewhere in Amsterdam, but certainly no worse – and compared to a great many Amsterdam restaurants, considerably better. The food is good (and good value) too: eat three courses for under €30. The angle is loosely European, with the menu generally comprising a trio of starters followed by a choice of meat, fish or vegetarian main. The wine list is short but does the job. All in all, an unassuming but unfailingly pleasant little neighbourhood restaurant.

Read my full (but rather out of date) review of Freud

Starting out in the Spaarndammerbuurt as Yummie Sushi, it then added Vietnamese food (including pho) to its menu, and morphed into Pho & Yummie. Well, I’m happy! The pho is warming, fragrant and packed full of goodies; the sushi is varied, fresh and well put together. They offer a speedy takeaway service or a smallish area to eat in, and I believe they were even granted an alcohol licence recently. What’s not to like? Pho & Yummie, you are yummy!

Arguably, de Walvis was the breakthrough that really started to make the difference to the Spaarndammerbuurt’s reputation. Opening in May 2012, it brought the hipsters to the hood – and as we all know, where the hipsters lead, the rest of us will (however reluctantly) follow. Although de Walvis is essentially just an eetcafe, it serves specialty beers, has a decent coffee machine, and is full of girls wearing high-waisted skinny jeans and louche ponytails. The food can be a little hit and miss, but you can’t go too wrong with the roast chicken or the burger at dinnertime – or indeed the tasty bar snacks at after-work o’clock.

As regular readers will know, I’m a confirmed omnivore with distinctly carnivorous tendencies. So it’s odd that I’d even step into a vegan restaurant. But when said vegan restaurant is five doors down from your place, there’s really no excuse – and I’m glad I gave Dophert a try. At least at lunchtime. Skip breakfast (it’s all scrambled tofu “eggs”, smoked tempeh “bacon” and seitan “chorizo” – kill me now) but at lunchtime they serve real food: tasty lentil salads, club sandwiches, great hummus, fresh juices and other things that even people who love actual bacon can enjoy.

Read my full review of Dophert

I’ve had a soft spot for Bar Mick ever since they started a Facebook page way back in 2013 called something like “Living the dream of opening my own bar” (which, like any good alcoholic, has always been my dream too). Dick and Marijke took over what used to be the post office and turned it into one of my favourite bars in Amsterdam, serving Ciney (officially the tastiest beer in the world), piled-high burgers and the yummiest flammkuchen. Plus, the service is the friendliest in town.

A newcomer to the Spaarndammerbuurt in 2017, Morris & Bella has an interesting concept: all dishes are vegetarian to start with, but you can add a meat or fish “supplement” for an additional fee. Of course, the meat and fish options have been especially chosen to work with that particular dish, but because you know that the veggie version stands alone (and also because you know you’re paying extra to be a carnivore) you think twice about ordering the supplements. The evening I dined there, I loved the starter of fresh peas and root vegetables with butter-bean purée and pea juice – it felt very clean, while still hitting the spot. My tussengerecht was cabbage rolls stuffed with carrot and leeks, and served with a curried lentil and mustard seed dressing – delicious even without the addition of braised beef. An excellent choice for vegetarians and meat eaters alike, with a good wine selection too.

I was sad when Alex from Trela Plein upped sticks and went back to Greece. But my sadness abated when I learned that the venue would be taken over by the guys who run our local wine shop: Jacqwijn. For reasons best known to themselves, they decided to rename it El Hermano de Kique and open a Manzanilla, wine and tapas bar. Unlike many tapas bars in Amsterdam, the plates are small and cheap – so it’s possible to try quite a few different dishes even if there are only two of you. We ordered a Sardinian red wine I’d never heard of and settled in for some jamón, cheese, olives, beetroot salad, and rillettes to start with. From there, we moved onto warm dishes: squid stuffed with roasted red peppers (excellent), and chicken skewers with a bulgur wheat and roasted tomato salad. Good value, good flavours, and good guys who run the place.

I’ll admit I wasn’t a huge fan of Pinsa’s when I first reviewed it back in 2010, and would frequently bike out of my way to Pizza Bakkers or La Perla instead. But in the last year or two I’ve given Pinsa’s the benefit of the doubt and started popping in for their spicy ‘nduja-topped Diabolicum pizza more and more. In the intervening years, their crust has got crispier, their toppings have got more plentiful, and their customer base has grown accordingly. You’ll sometimes have a long wait for your pizza – but if all you’re doing is meandering back from the Westerpark in search of sustenance then you’ve got plenty of time to hang out at Pinsa’s while the lovely Italian chef lady works her magic.

A 2016 addition to the Spaarndammerbuurt’s “restaurant plein” (at the crossroads of Spaarndammerstraat, Assendelftstraat and Van Noordtstraat you’ve got Bar Mick, Café de Walvis and now El Hermano de Kique too), Brasserie van Noordt is filling the meaty hole that Dophert is leaving. Their menu includes ribs, roast chicken, curries, burgers and other carnivorous offerings, as well as sandwiches and salads at lunchtime. Food-wise, I’ve not been too impressed so far BUT they do have the sunniest terrace on the plein served up with plenty of chilled rosé and La Chouffe…

I don’t usually review chains, and while there’s nothing wrong with Bagels & Beans, it wouldn’t usually make a list such as this for that reason alone. However, the complete lack of breakfast and brunch options in the Spaarndammerbuurt merits Bagels & Beans getting a mention as it’s currently the only place I can roll out of bed to in the morning. There is one caveat, however: I am deeply upset that they no longer serve my favourite bagel – the pastrami, cream cheese and pickles with mustard sauce. B&B, if you’re reading this, BRING IT BACK!!! 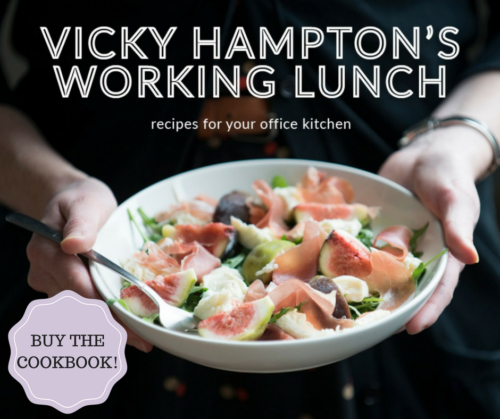 PS. If you are a chef/restaurateur thinking of opening a brunch place in Amsterdam, please please please come to the Spaarndammerbuurt! If you are any good, you will get free social media marketing from me every weekend as I sit there drinking your flat whites and instagramming about you 🙂

This post was originally published on 30 August 2016, and was most recently updated on 17 August 2017 to reflect that fact that several restaurants have closed down and been replaced by others.