Nearly two years ago now, the opening of Café de Walvis was a turning point in the life of the Spaarndammerstraat. The Spaarndammerbuurt has been my neighbourhood for seven years now, and when the Walvis opened, it instantly became a destination. We suddenly had the kind of café that meant that people who didn’t live in the buurt knew about it. Many of these people had beards and tight jeans and MacBook Pros. The hipsters had arrived, and we residents were happy to pretend we were part of their gang. If nothing else, they made our sleepy little buurt instantly cooler.

Then a couple of weeks ago, something changed. There was a new kid in town. Bar Mick opened catty-corner to the Walvis. Friendly rivalry appeared on Facebook. More out-of-buurt-ers started arriving and parking up their swanky bikes outside. Smokers from both camps eyed each other suspiciously from across the street. Because here’s the thing: Bar Mick’s customers are nothing like the Walvis clientele. Instead of fuzzy beards, there’s slicked-back hair. Instead of tight trousers, there are striped collars beneath V-neck jumpers. Instead of Hipsters, there’re Kakkers. And suddenly we knew: the Spaarndammerstraat had become home to the Sharks vs. the Jets, the Montagues vs. the Capulets. And we confused international types no longer knew who to side with… 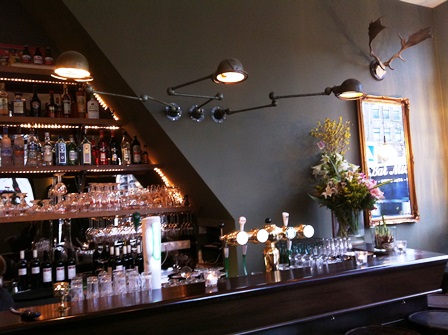 So, in a bid to settle the matter once and for all, we did what comes naturally to foodies: we ate and drank our way through an entirely objective judging process. Bar Mick’s beer selection includes Jopen, which seemed as good a place as any to start this highly scientific experiment. We had a couple of those, and settled on the bar’s namesake burger, “The Big Mick”, wondering how it would compare to the Walvis’s famous burgers. The Mick was hearty (as the name would suggest) but the meat was a little too raw and the sauces a little too over-powering for it. The chips were excellent, as was the ravioli with ricotta – but then again, Holy Ravioli has the monopoly on supplying both bars with their popular pasta. 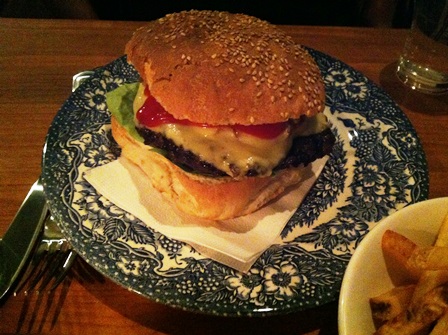 Next day, we popped back into Mick’s for a coffee, fresh OJ and an uitsmijter – the latter definitely rivalled the Walvis’s king of eggy breakfasts. Plus, Bar Mick offers rare roast beef instead of ham with your eggs and cheese – a welcome variation on the classic Dutch dish. The atmosphere at Bar Mick is every bit as gezellig as the Walvis (albeit in more of a khaki pants type of way), and the staff have been exceedingly friendly every time we’ve walked in. 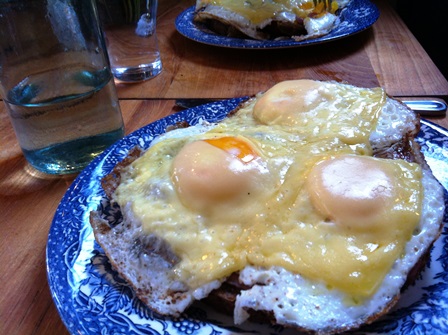 So what’s the verdict? If you’re a hipster or a kakker, you probably don’t need to be told twice. If, however, you’re neither a Shark nor a Jet; if you wear your hair short and your beard shorter; if your trousers are neither tight nor khaki; if – at the end of the day – all you really care about is a cold beer and big helping of gezelligheid, then come to the Spaarndammerbuurt because we’ve got some serious drinking to do – wherever we choose to do it.