What an amazing weekend that just was! Better birthday weather I could not have asked for… Nor, for that matter, better birthday food. On Saturday, I’d booked a table at one of my favourite Chinatown spots, A-Fusion (it didn’t disappoint – sushi to die for), and on Friday (my actual birthday) I decided to wing it and try somewhere new with the Honey Badger. Earlier that week, I’d spotted a glowing review of Café de Klepel by a fellow food blogger, and decided there was no time like the present to try it out. And good lord, was I glad that I did. Beautiful service, a fantastic French wine list, and – most importantly – fab food. There was almost no choice, which suits me perfectly but might annoy others, so we both started with a blissfully elegant appetiser of smoked mackerel, cauliflower and sauce gribiche. By sheer coincidence, we picked a white Savoie wine to go with it, and it turned out to be a match made in foodie heaven. 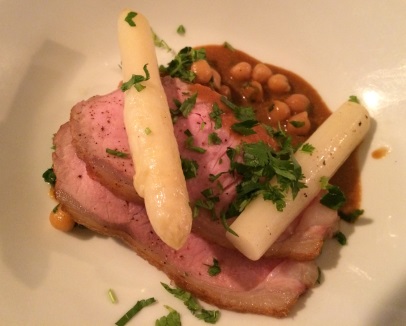 The main course was veal (which switched to lamb halfway through the evening – presumably they’d run out!) with white asparagus and a sort of chickpea stew. The chickpeas were a little on the al dente side, and the dish as a whole didn’t woo me as much as the mackerel-gribiche combo, but it was tasty nonetheless. 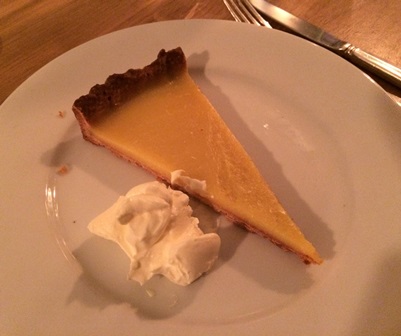 For dessert, we had a choice of lemon tart, chocolate tart or cheese, so we took one lemon tart and one cheese board between us. The lemon was tart (pun entirely intended) and the pastry was crusty and nutty and perfect. The cheeses, just like the rest of Café de Klepel, were dreamy and French. 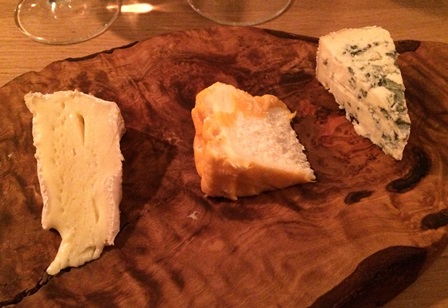 After dinner, a friend texted me and asked if I’d had a romantic birthday dinner. I wouldn’t exactly peg myself as the romantic type, but when I stopped to think about it, the whole evening had indeed felt rather romantic… Which is just as well given that Friday was not only my birthday – it was also the Honey Badger’s two-year anniversary since he moved to Amsterdam for love.